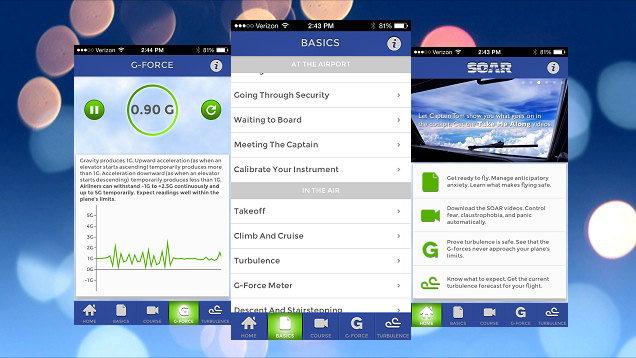 Being afraid to fly is pretty common, and a lot of that fear comes from the unknown. The SOAR app on iOS and Android provides you information on flying and airliners from an experience commercial pilot to help make your flight less stressful.

Apple Inc. (NASDAQ:AAPL) is spending around $200 million per year to fight Android as part of patent lawsuits, according to the new book Dogfight: How Apple And Google Went To War And Started a Revolution by Fred Vogelstein.  Vogelstein made the estimate based on an attorney that worked on Apple’s patent lawsuit against Android.

“Apple thought a nasty, protracted lawsuit might slow Samsung’s and Android’s progress,” stated Vogelstein. However, this has not happened because Android now has an 81% smartphone marketshare and Samsung is the world’s largest smartphone company.

I must say, it has been a long while since I was wowed by a mobile application as much as I’ve been by the new Google Maps.

Or have I? Could it be the vacuum created by Apple, digging its own map-grave, pulling TomTom in with him? Or is it truly something intrinsic to the Google Maps app? Regardless, with Maps, Google one upped Apple again. The recent flurry of articles touting Apple’s loss of edge and capacity to innovate might not be that far off, at least for now.

If you are still doubting the mobile take over, Google becoming THE king of mobile development should give you a hint. If Google is, to you, any yardstick in the technology world. But take a look at the app rather and let me in the comments what you think. The irony is that some are seriously wondering whether the app’s iOS version turned out better than its Android counterpart.